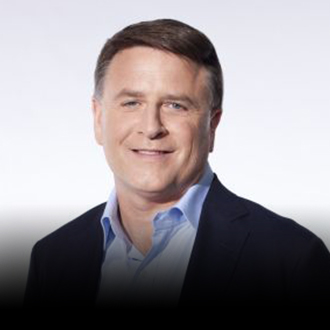 Barlow: What motivated you to self-publish, instead of seek a traditional publisher?

Chilton: Well, I answer that a little different than most people. I was lucky to have offers from some traditional publishers, but I wanted to control the corporate sales market. I knew that The Wealthy Barber, the initial book, had a lot of potential for bulk sales to companies, and I knew most publishers aren’t very good at that, and I knew that I would end up generating that and didn’t want to split the money with the publishers. So, because of that, I opted to self-publish and just learn how to get the book into bookstores and how to generate media better, so my answer is a little different than most people’s.

Barlow: How long did it take before your book gained momentum?

Chilton: A long time. It was very unusual. In fact, I’m not sure I’ve ever seen a book take quite as long. It was fifteen months of riding it out in Canada initially, and then we launched in the states about a year and a half, two years… It did not do well out of the gate. It did not do poorly. It struggled along, selling 15, 20, 25 thousand [total], and then, in April of its second year, which was its sixteenth month, it took off and started selling 10 to 20,000 a month, and it didn’t slow down, and it went on to sell millions of copies. So, the word of mouth took a fairly long time to start flying around, and critical mass started to hit, and the corporate sales started paying off, and then it blew up very, very quickly.

Barlow: Did you use any specific advertising avenues?

Chilton: I didn’t advertise at all. In the whole marketing of the book over the years, I never advertised, but I did a tremendous number of interviews. In fact, probably a record number. I did thousands of interviews in Canada and the states over about a five to seven year period. And that’s what got the book its momentum and got the brand awareness going and everything else. There were a lot of shows in both countries that I would go back on repeatedly… and when I was in various towns speaking, I would stop and do the interviews again, and so I was very lucky that way. And then in the states, I had a show on PBS, a television show on PBS in 1991 and 1992, and they used the book as a pledge vehicle, so that gave us a lot of exposure, too, so I guess that’s a quasi-form of advertising, though I didn’t pay for it.

Barlow: Did you continue to self-publish, or did you seek traditional publishing after that?

Chilton: Well, yes and no. I sold the Canadian version of the book partway through because I got so busy. I had a TV show, and I had a tremendous amount of speaking. But I had struck a very unusual deal. Because I was doing so well, I had a lot of leverage, and I struck a deal with a major publisher, where they got the bookstore rights, and I got the conventional royalties, but I maintained 100% of the rights to sell in the corporate market. And I struck the same deal I made with Prima [publisher], and that’s a deal I’m surprised you don’t see more often because a lot of authors are good at generating corporate sales, and a lot of publishers aren’t. And so I think that device should be used more often, but it isn’t. So, I went that road, and I ended up publishing a number of cookbooks later myself with two authors, and I kept all those in my full control.

Barlow: Do you feel as though your experience is one-of-a-kind or something capable of being reproduced by any serious writer?

Chilton: I think certainly self-publishing success can be reproduced. I mean, the cookbooks proved it, as have several others. I’m not sure you’re going to see self-published books sell millions and millions anymore, though, because A.) Book reading is down, and it really is, and it’s also not as dominated by the best-sellers as it once was… book sales are trending down because of Netflix and all the things that people can do with their time. Also, book stores, physical bookstores, are much less a part of the distribution plan, now. You’ve got Borders has gone under, and in Canada most of them have gone away… and bookstore sales drive a lot of awareness, people see them in stores. And I think [for a self-published book to sell millions and millions of copies] is tough, but I wouldn’t say it’s impossible. You get the right book, the right combination, you get something like Fifty Shades of Grey that captures the public’s imagination for whatever reason, and big things can happen.

Barlow: You don’t strike me as the type of person who makes a lot of mistakes, but what would you say is your biggest mistake?

Chilton: You know, it’s interesting. I’ve run a lot of businesses in my life, and I’ve made a lot of mistakes. Like, when I look back in the last two or three years, I’ve made many, many mistakes in different businesses I’ve invested in or different businesses I’ve started. But when I go back to my early, early days, when I was young, and I was self-publishing, for whatever reason, my instincts guided me very well, and there was nothing that I did there that I look back on now and say, “Wow, that was a big mistake.” I tended to pick the right partners and focus in the right areas, etcetera. In fact, it’s funny. I think of all the experiences in the last thirty years since then, probably made me less wise. I probably had better instincts out of the gate than I do now, and I can’t really explain it, but for some reason, I was just kind of wired to figure out how to sell books and how to gain exposure and how to do the media, etcetera. But I was a little lucky because I don’t have a ton of skills. I have that group of skills that matched up well with the publishing field.

Barlow: And you knew how to use them, so that’s great.

Chilton: Yeah, and I enjoyed it, too. I was lucky. You know, and I had good support. My sister was an editor for a living, and that obviously played a role. My mother was around to fill orders. And, you know, it was a lot less competitive then, too. In fact, when the book came out in Canada, there were almost no other financial planning books. So, there was some really strong luck involved. I’ll be the first to admit it. My timing was very fortuitous.

Barlow: What is the biggest mistake you see other authors make?

Chilton: There’s a couple. Number one is, they don’t test their book enough before they put it in the marketplace. As you’re writing, you have the ability, if you want to, to get it out there in front of people, your target audience, and garner feedback and make alterations and see what’s working and what’s connecting and what’s resonating, and very few authors go that route. And I think the people we’ve helped over the years, we’ve really pushed them to do that, and that’s why so many of their books have done well. Like, if you look at the cookbooks, they’ve sold millions and millions and millions of copies. Well, those books were tested aggressively with target audience members before they went to market. I mean, we knew they were going to do well because we’d seen the feedback they could generate. And I don’t see enough authors do that.

The second thing is people really underestimate how hard the marketing is. You’ve almost got to do it full-time. It’s very difficult for a part-time author to put the resources behind generating the interest that you have to, and that’s especially true, now. There’s so much competition out there, and to rise above the noise takes a very dedicated effort, and, again, if you’re trying to do part-time, very few hours… it’s almost impossible to accomplish.

Barlow: Is there anything you wish that everyone knew?

Chilton: One thing that I would really try to drive home… is that the devil is in the details. There’s a lot of little things, like you never put your acknowledgements at the front of a book. And your dedication page should be really thought through carefully so that you interest people in a bookstore, and your back cover is absolutely crucial. Like, all of these details, collectively, makes a difference, and I don’t think enough people pay attention to them. They like to think about the grand idea, or the subject matter of the book, but it comes down to the execution, the pride in craftsmanship, the attention to detail, knowing the little things deserve your time. And a lot of people don’t want to do that. At the end of the day, they really don’t want to do the hard work it takes to write a great book, and nowadays, if you write a good book, it’s probably not enough because, again, it’s so much more competitive out there… so you’ve really got to come up with something big.

I think you’re right that a lot of authors focus on their grand, big vision, and they hope it just sort of comes through, and that’s what they are sort of riding on.
Yeah, and unfortunately it really doesn’t work that way. It’s all in the execution. Nowadays, there’s a lot of things you have to do. Like, shorter books for the first time ever are probably being more well-received than longer books. And shorter chapters, especially with ___, are resonating more than longer chapters. So, you have to adapt to the times. You have an ADD oriented society, and the internet really has got everybody thinking short term and having trouble capturing their attention, and so you have to take that into account when you write books. And, for whatever reason, a lot of nonfiction authors don’t. I don’t know much about fiction writing. My area of expertise is nonfiction.

Barlow: Is there something that I should have asked you, but I didn’t?

Chilton: Writing the book is difficult, and marketing the book is even more difficult, so this is not for the faint of heart, and you have to have a lot of grit. And I know everyone wants to talk about skill and writing excellence, etcetera, but grit is probably the most important variable in the success equation. You’re going to get knocked down, you’re going to get rejected, you’re going to get a delayed response. You have to have a tremendous resilience to fight through all that… Nobody loved their books more than Janet and Greta, and because they loved their books, they stuck with it, and no matter what happened to them – they got knocked down, they got right back up – and kept going, and it all sounds very corny and motivational, but it’s true. Nothing comes easily in publishing, especially today, so you have to have a lot of grit. You have to have a lot of determination, and that comes from pride in craftsmanship.