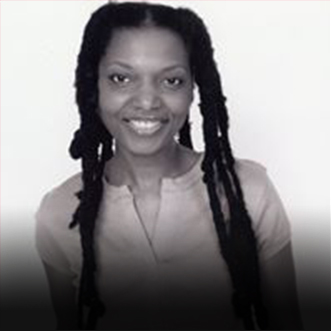 1.  What motivated you to self-publish your book/s instead of seek (or continue to seek) a traditional publisher?

I had been trying to get an editor for years with little to no luck, and without an editor, the publishing houses weren’t willing to look at my material.  Many years later a co-worker told me that she had her first novel published through a self-publishing company. I checked into it and liked what I found, so I went for it.

2.  Had you done any research on self-publishing before doing so, or did you simply choose to do it for fun?

I had looked into several, but had given up because of the ‘shadiness’ that seemed to surround those companies. I put it aside for a few years hoping for a publishing deal, but got little to no responses. It became more out of desperation then fun.

3.  What genre is/are your self-published book/s in?

4.  How many copies of your book were sold and/or downloaded?  How long did it take before your book gained momentum?

About four-thousand with several hundred downloads. It took about a year before it started selling.

5.  Did you use any specific advertising avenues?  If so, what worked well?  What didn’t work?

I used the internet, google, tweets, news releases, facebook, market sites, radio talks, book buzz, book trailers, book conferences, book signings…I got very creative. Book trailers and book signings worked the best because people wanted to meet the author. Book conferences, not so well. I couldn’t attend most of them (because of the cost to get to the site) so my book would end up on a table unspoken for.

Three books, (2 books done out of a trilogy), several short stories and poems. The Trilogy is the only ones so far that have been self-published.

The self-publishing company did the first round of edits on my novel but I found a number of errors so I had a second edit done by a local editor. That same company also did the book covers, however I put some personal photos together and with their finishing touches, we came up with a pretty nice cover.

Yes. Some sent e-mails showing interest after several book scouts had seen my book. Some were only interested in future books, some were interested in re-publishing with changes.

9.  If you are legally allowed to say, was your book optioned for film or television?

There was and is talk of perhaps a series, however it may be in the future. I’m staying positive!

10.  Do you feel as though your experience was one-of-a-kind or something capable of being accomplished by any writer serious about self-publishing?

I feel that if your truly serious about getting published, any writer can use self-publishing as one of many options.

11.  Do you regret originally self-publishing your first book?

Sometimes. I wanted to see it in print and got very aggressive in getting it self-published thinking this would push the traditional publishing houses to take note. This may have been a negative move as self-published books might be harder to obtain or costly to obtain rights of ownership from one publisher to another.

12.  Do you have any advice on self-publishing for other writers?

Write as if it’s your full-time job. Be willing to use un-traditional means to get your book/s out there.

13.  What is the biggest mistake you see other authors make?

Getting caught up in many of the money making scams that some self-publishing companies might try to use. It can be very costly. It’s better to take time to do your research and find what works best for you and your money.

14.  What was your biggest mistake?

Not personally attending book conferences and seminars. No one will care or know more about your books then you.

15.  Is there anything you wish everyone knew?

Writing is like capturing a moment in time that last forever. Long after we are gone, we become history for so many that follow us.

16.  Is there something I should have asked but didn’t?

Can you make tons of money writing? Maybe, but the real riches come knowing you’ve done something that will last.

#AdaniEnterprises dropped 70% and not a single employee lost job!