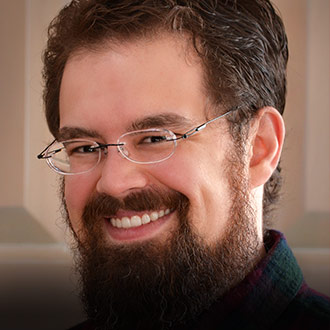 1. What motivated you to self-publish your book/s instead of seek (or continue to seek) a traditional publisher?

My parents had self-published a few books, so it seemed natural to follow the same path. Self-publishing took a lot of time and effort—as we had to format the manuscript ourselves, do quality checks on each copy, and hand-sell most of the books—but it gave us control over all aspects of production and marketing.

2. Had you done any research on self-publishing before doing so, or did you simply choose to do it for fun?

Since publishing Eragon was a family endeavor, I learned from my parents—who had done extensive research on the topic. And as much as I wanted to share the story with others, the prime motivation for selling books was to pay the bills.

3. How many copies of your book were sold and/or downloaded? How long did it take before your book gained momentum?

It took less than a year for Eragon to gain momentum, and to this day, I’m not sure how many copies were sold.

4. Did you use any specific advertising avenues? If so, what worked well? What didn’t work?

Figuring out how to sell the book was a challenge. From the windows of my home, I saw fields, mountains, and cows: no houses, no people. We had little money and no connection with the world of big publishers, so we had to find creative ways to market the book.

My family and I created posters and brochures to help spread the word. We walked through town and put up posters in shop windows, and we determined that I would wear a memorable costume (billowy red shirt with black boots, pants and jaunty cap) when promoting Eragon. Then, before my first event at our library, our local paper ran an interview of me. The day after the library event, I spoke at the high school (where I was barely older than the students). These first experiences taught me two things: when you speak to a class, you have a captive audience. And when you do a public event, you can get free media coverage.

From then on, everywhere I went, in addition to doing signings in bookstores, I always scheduled an event at a public library. This gave me a reason to call newspaper, radio, and TV stations to see if they would like to interview me, which many did. I was persistent in making calls to schedule events and media interviews. Yes, it was scary and uncomfortable, but it worked.

When I began doing signings in bookstores, I quickly learned that no one shows up for an author they have never heard of. Undaunted, I would stay for eight hours straight and talk to every person who walked through the door, trying to sell them a copy. On a good day, I might sell forty books. That’s not bad for a signing, but it’s a lot of work.

I then learned that if I went into a school and did a presentation, in one day we could sell 300 books or more, and simultaneously inspire students to read and write. So I concentrated on that. We also started charging a fee for the presentation, to help cover travel expenses.

That first year, dressed in medieval costume, I did over 135 events across the country, at bookstores, schools, and festivals. Promoting Eragon became the family business: books sold meant food on the table, so we were incredibly determined.

My family and I edited the manuscript for a year before self-publishing Eragon. A couple of early readers helped with editing as well.

I sketched out a number of cover ideas for Eragon before deciding to focus on the dragon Saphira’s eye. My sister, Angela, colorized the iris blue in Photoshop, layering the color over my pencil original. Then my dad, Kenneth, who had previously worked at a printing company, shared his expert advice to make the self-published edition become quite, ahem, eye-catching.

Slowly, readers became aware of Eragon. And the response was enthusiastic. Word reached New York through booksellers and the author Carl Hiaasen, who read my book and told his editor at Random House.

In late 2002, my Dad and I were on tour in Seattle, Washington. My first event of the trip was the Northwest Bookfest, a convention of booksellers, publishers, authors, librarians, vendors, readers, and fans. I had a small table in the huge unheated warehouse where I stood in my medieval costume, trying to keep my teeth from chattering while pitching the book to potential customers.

That evening we received the first e-mail from my editor-to-be, Michelle Frey, which opened with these lines: “I’m writing regarding your novel, Eragon, which I recently read and enjoyed immensely. The story is gripping, the descriptions beautiful, and the characters well drawn. . . .” and concluded by saying that Random House/Knopf was interested in publishing the book.

As you can imagine, we were excited by this news. It was perfect timing, because our home had turned into a book warehouse and we could not take sales to the next level without the distribution system, marketing reach, and promotion ability of a large publisher. Although we had concerns about losing control over a book that my family and I had labored over for so long, the folks at Random House Children’s Division showed us that they would give the book the attention we hoped for. Fortunately it worked out wonderfully for both of us, and I couldn’t ask for a better home for the Inheritance Cycle.

7. If you are able to say, what led to your book/s being optioned for film and/or television?

The Inheritance Cycle was optioned by 20th Century Fox because of Eragon’s popularity.

8. Do you feel as though your experience was one-of-a-kind or something capable of being accomplished by any writer serious about self-publishing?

My experience was definitely unusual. Eragon’s success was a combination of hard work, dedication, and a large dose of good luck. I count myself as truly fortunate. It would be naïve to say that there’s a formula to duplicate the experience. That said, perseverence is an excellent trait for any writer serious about self-publishing to develop.

9. Do you regret self-publishing your book/s?

No, absolutely not. Self-publishing Eragon—and its subsequent relaunch at Random House— made my career as a full-time author possible. I will always be grateful.

10. Do you have any advice on self-publishing for other writers?

My editor recommends that novelists focus on writing for themselves and perfecting their technique before spending too much time thinking about getting published. Write every day, keep improving your grammer, and pay attention to how other authors structure their sentences, paragraphs, and plot.

Once you have an idea that captures your imagination, take some time to think about the world, the plot, and the characters. Do the pieces fit together into a believable whole? When you feel reasonably confident about your direction, you can focus on crafting your story without getting stuck not knowing where you are going.

Here’s another tip: read your prose aloud to see if it flows smoothly. And think carefully about what you are saying. Will it make sense to someone who has no idea what is in your head?

Once you’ve finished your first draft, it’s time to edit! (If you don’t know an editor, ask your local librarian to direct you to an author, editor, or other related professional who might help you. Alternately, search online to find an editor who works in your genre and fits your budget.) Many writers skip this vital step, which can be one of the biggest hindrances to producing a professional produce that won’t be dismissed as amateur.

Finally, the old adage about judging a book by its cover is true, so make sure your book’s design looks professional and stands out from the droves of other products on the market.

11. What is the biggest mistake you see other authors make?

Failing to fully think out their invented worlds and failing to fully work out their characters. The natural consequence of this is work that feels shallow and inconsistent. I’m guilty of this myself
at times, and to be fair, it can be a difficult balancing act. Sometimes you just need to sit down and write instead of working out the backstory of some side character that we only see for a few pages. But in the majority of cases, I think the author would be better served spending a little longer really thinking about the deep structure of their story and world.

12. What was your biggest mistake?

Forgetting the fundamentals. I had a wonderful experience writing the Inheritance Cycle, but one of the biggest downsides of it was how long it took me to write the series. Over ten years. As a result, I was sadly out of practice with plotting and character building when it came to start my next novel. There’s no substitute for putting in the hard grunt-work needed to construct a solid story. It’s a good lesson to learn, and one I have no intention of ever forgetting again. No matter how successful you may be, each new story presents its own set of challenges, and you can’t rely on past victories to carry you through new battles.

13. Is there anything you wish everyone knew?

Failure isn’t the end of the world. Failure is to be expected. Failure is a natural part of the process along the road to success. Yes, you’ve probably heard that a thousand times over the years, but it’s true. If you accept beforehand that you’re likely to fail in all sorts of ways in whatever it is you choose to do . . . then you rob the failure of its power to discourage you. Sure I might write a first draft that isn’t entirely successful. Who cares? As long as I’m willing to put in the time and effort needed to fix it, that misstep will only prove to be a temporary setback. And the same is true in all areas of human endeavor. I’ve found it quite freeing in my life to accept the truth of my own imperfections. Focus not on getting everything right the first time. Rather, focus on building a system of behaviors that will—if you stick with them—lead you to the results you want.

14. Is there something I should have asked but didn’t?

Heh. That’s a tricky question. . . . There are thousands of possible answers, but when it comes to writing and storytelling and art in general, and I would say this: think deeply on why you are creating. Don’t just write a story without knowing what sort of story you are trying to tell and the message (moral, philosophical, emotional, intellectual) it’s going to convey. The difference between works that are popular for a short while but then quickly fade and those that last decades or longer is exactly that. Even if you’re just writing a book for four-year-olds, spend some time really pondering the underlying message of the story. That will allow you to focus all of your creative skills upon that theme. Don’t preach. But do be aware of what you are saying.