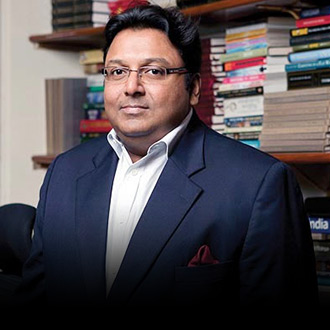 What motivated you to self-publish your book/s instead of seek (or continue to seek) a traditional publisher?

I self-published in 2007 after many publishers rejected my manuscript. I had been trying to get published for over two years and simply wanted a shortcut to getting published. As it turns out, I managed to find a traditional publisher around 12 months after that.

Had you done any research on self-publishing before doing so, or did you simply choose to do it for fun?

I did a substantial amount of reaserch online, particularly tips from Tim Ferriss. Remember, this was 2007 and self-publishing was in nascent stages. Kindle did not exist. POD was the only viable option. Many companies that called themselves self-publishing outfits were actually vanity press.

What genre is/are your self-published book/s in?

How many copies of your book were sold and/or downloaded?  How long did it take before your book gained momentum?

I self-published my first book using a service called Lulu.com. Around 500-800 copies were sold during the time that the book remained a Lulu product.

Did you use any specific advertising avenues?  If so, what worked well?  What didn’t work?

I created a YouTube video to promote my book and became active on social media. Beyond that, I used Google AdWords. The overall numbers sold were too small to attribute to any particular channel.

Keepers of the Kalachakra (traditionally published)

Having been rejected by most publishers, I had self-published my first novel. I soon realized that the publishing platform that I had used was selling my books only via US-based online retail channels. My book remained unavailable in Indian brick-and-mortar bookstores. My attempts to get published the traditional way in India had come to naught and I was at a dead end. I knew someone who worked for a textbook distribution entity in India. He was incredibly helpful. He advised me that I would have to find a way of importing my books from the US and then providing stock on consignment basis to a few Indian distributors. He shared with me a list of some key distributors and advised me to write to each of them individually, enclosing a copy of my book. One of the distributors on that list given to me was a company called East West Books. One day I received a call from a lady who introduced herself to me as Hemu Ramaiah. I did not know it at the time, but she was the founder of Landmark Book Stores and her company had just created a joint venture called Westland with East West Books. Hemu told me that she had loved The Rozabal Line but that it would be impossible to import the book and then expect to sell it in the Indian market at a reasonable price. How open was I to republishing it in India? That’s how I eventually got published by Westland in India.

If you are legally allowed to say, was your book optioned for film or television?

Keepers of the Kalachakra—not yet optioned

Do you feel as though your experience was one-of-a-kind or something capable of being accomplished by any writer serious about self-publishing?

It’s an ordinary story and can be replicated quite easily by anyone. The overall tools available today are much better.

Do you regret originally self-publishing your first book?

Not at all. It taught me the way that book writing, editing, cover design, online retail, publishing, distribution etc. work.

Do you have any advice on self-publishing for other writers?

Well, more than rules, there are a few general guidelines that I can offer: Self-publishing is an easy route to getting your work out into the public domain but it places a greater responsibility on you—the author—as regards content, quality, editing, cover design, pricing and promotion. Treat self-publishing as a serious endeavour to get all the elements right. If you keep your expectations low and your personal commitment high, you might just be one of the few lucky ones to strike gold.

What is the biggest mistake you see other authors make?

You should keep in mind that Bowkers—the agency that assigns ISBN numbers—indicated that over 211,269 self-published books were released in 2011 alone! It is an extremely crowded space in which it is almost impossible to be noticed. While most new authors will tend to look at success stories such as Amanda Hocking, Tim Ferriss or E. L. James, the reality of the situation is that the average self-published title sells around 100-150 copies, mostly to the author’s friends and family. Virtually none of the mainstream newspapers or magazines wish to read or review a self-published title, so getting visibility is almost impossible. Distribution of your title tends to be limited to online stores because the brick-and-mortar stores rarely stock self-published titles. A self-published book has less than 1% chance of being stocked by a traditional bookstore. It is important to understand that self-publishing takes the pain out of getting yourself out there, but once you are, it’s rather difficult to make a living from it. Many new authors do not realize that the real task is after getting self-published.

What was your biggest mistake?

Is there anything you wish everyone knew?

Ten years ago, self-publishing meant dealing with a ‘vanity press’. These are publishers who will provide an author with all the services of a traditional publisher but at a hefty price. The author also needs to invest in initial stocks of the published book. Times have changed dramatically since then. Publishing directly on Amazon Kindle costs nothing upfront because Amazon is more interested in getting a share of your revenue. Most self-published models work on similar principles but they offer you various add-on services, which are chargeable. For example, editing, proofreading, typesetting, cover designing services, ISBN allocation, additional distribution in brick-and-mortar bookstores etc. It is entirely your choice as to how many of these offerings you really need. A recent survey of 1,007 self-published writers found that half of the writers earned less than $500 per year from their royalties so it is important that you don’t quit your day job in the hope of living off your royalties. Remember that it is the top 10% of self-published authors who earn 75% of the reported revenue!

Is there something I should have asked but didn’t?

Fated to the Cursed Lycan Prince promoted by @MoboReader