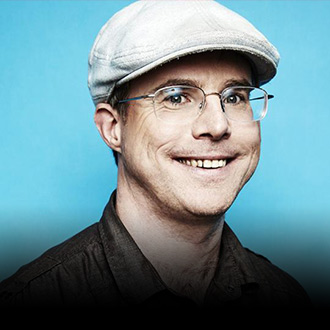 1. What motivated you to self-publish your book/s instead of seek (or continue to seek) a traditional publisher?

Earlier in life I tried very hard to break into the writing world – and failed. By the time I started writing The Martian, I had already given up on writing as a profession and was just writing for fun.

Originally the book was just a serial I posted a chapter at a time to my website. Once the book was done, people started requesting that I make an e-book version so they didn’t have to read it in a web browser. So I did and posted it to my site. Then other people emailed saying they want to read the e-book, but they aren’t technically savvy and don’t know how to download a file from the internet and put it on their e-reader. They requested I make a Kindle version they could just get through Amazon. So I did that as well.

2. Had you done any research on self-publishing before doing so, or did you simply choose to do it for fun?

No real research. Just for fun.

3. How many copies of your book were sold and/or downloaded? How long did it take before your book gained momentum?

4. Did you use any specific advertising avenues? If so, what worked well? What didn’t work?

No, I just put it out there. It got around by word-of-mouth.

I hired a professional copy-editor. It was a good decision – I had spelling and grammar errors all over the damn place. I made the book cover myself by grabbing a public-domain image of Mars and putting “THE MARTIAN” in text above it.

Random House approached me. So yeah – they were pretty interested. All future books, though, will be traditional publishing contracts. Publishers don’t want to put a bunch of money into printing a book people can get online for free.

7. If you are able to say, what led to your book/s being optioned for film and/or television?

I think it was good timing. Space films were starting to make a comeback. Gravity and Interstellar had done well. Plus, the book sales were really good.

8. Do you feel as though your experience was one-of-a-kind or something capable of being accomplished by any writer serious about self-publishing?

It is very rare. I’m acutely aware of how lucky I am.

9. Do you regret self-publishing your book/s?

Not at all. It changed my life for the better in more ways than I can count!

10. Do you have any advice on self-publishing for other writers?

This is the best time in history to self-publish. There’s no old-boy network between you and your readers. You can self-publish an ebook to major distributors (Amazon, Barnes and Noble, etc.) without any financial risk on your part.

11. What is the biggest mistake you see other authors make?

Signing contracts without having an agent look them over. I cannot stress this enough: DO NOT SIGN ANYTHING WITHOUT AN AGENT. Agents are hard to get, yes, but when someone has a contract ready to sign, you can call an agency and ask them to look it over.

12. What was your biggest mistake?

I signed a contract without an agent. It took a lot of maneuvering to get things back to the way I wanted.

13. Is there anything you wish everyone knew?

Nothing comes to mind.

14. Is there something I should have asked but didn’t?

Again, nothing comes to mind.

Feminists encourage women to be independent, not only financially but in the sense, they should have no relationship with men. #Facebook #YouTube #TikTok #cnn #bbc #skynews #foxnews #nbc #abortionrights #FreeTopG #trump #rutte #AndrewTate #Feminism Kyrie #GiftOfSox #BidenBoom