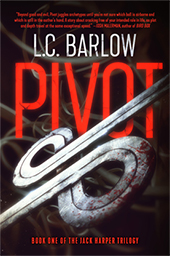 From the age of seven, Jack Harper is raised by the leader of a mystical cult, Cyrus Harper. Through Cyrus, Jack receives a full education in all usual subjects―economics, literature, mathematics, history―as well as one unique skill useful to a person in Cyrus’s position: assassination. With the help of Roland James, a man incapable of dying, Cyrus hones Jack into the perfect weapon to use against all who oppose him.

It is not long, however, before Jack discovers that Cyrus and Roland are not the only ones living in Cyrus’s mansion. There, too, exists a mysterious creature in the depths of the house with supposed immortal magic. According to Roland, this creature is responsible for all the miraculous things Jack has witnessed throughout her childhood, including Roland’s resurrection. The creature, potent and powerful, only weakens in the presence of Cyrus’s red velvet box―a dark, enchanted tool that grants Cyrus his invincibility and ensures his reign.

Lonely and terrified by her life in the cult, under Cyrus’s neverending watch, Jack desperately pursues the mysterious being. When they finally meet, her world is turned upside down, as he offers her more than she could have ever expected―the possibility of escape and her own secret, magical power.

“Pivot is perhaps one of the best first novels I have ever read. Tight. Clean. Imaginative. It’s rare for a first-time author to create a homicidal protagonist who you want to follow. I’m eager to read more of these characters, because in Pivot, Barlow creates a universe of cruel.” ―Weston Ochse, Award Winning Author of Burning Sky

“Beyond good and evil, Pivot juggles archetypes until you’re not sure which ball is airborne and which is still in the author’s hand. A story about cracking free of your intended role in life, as plot and depth travel at the same exceptional speed.” ―Josh Malerman, NYT Bestselling Author of Bird Box

“Suspenseful and delightfully disturbing (…) This is a promising beginning to the Jack Harper trilogy.” ―Booklist

“Impressive and arresting prose drives this vivid debut. (…) Barlow’s gorgeous writing will easily propel readers through the rest of the series.” ―Publishers Weekly 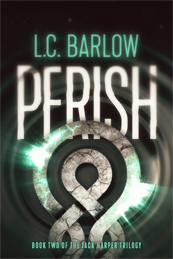 Jack Harper is a dangerous woman, capable of death and resurrection. Raised and utilized by Cyrus, the leader of a mystical religion, she was once a fearless and brilliant weapon against all who blasphemed. Now, having destroyed Cyrus, Jack is free to be more.

While starting anew, Jack begins receiving letters from children trapped in Infinitum who beg for rescue, and she soon discovers that Cyrus’s cult is alive and thriving, with tendrils branching across the world. One of these tendrils leads Jack to Patrick, a man who speaks of a contraption that “bleaches anything white.” Yet another tendril stretches beyond death, where the Builder and Jack’s brother, Alex, reside. Jack must now seek to permanently destroy the following she once escaped by fixing her sights on a higher target―the infamous demonic Builder, who once supplied Cyrus with overwhelming power.

Potential aid arrives from an unusual source when Jack encounters Jonathon Roth and his kill-for-hire outfit. Combined, they hope to become an unstoppable force, but only the future will tell. Jack may be falling into her old acolyte ways, and Roth may have found in Jack the very thing that made Cyrus so powerful―his own magical being.

“Barlow’s remarkable sequel keeps the tension high, and the twists consistently feel fresh and unexpected… The final third consists of carefully arranged surprises, each adding psychological complexity to the story—and hints that the next volume will be even grander. A tight series installment that thrives on narrative risk.” —Kirkus Reviews

“In Perish, Barlow sings the siren song of anger and revenge, expanding the universe of the terrible, and introducing us to even greater threats as she builds a world of the awful.” —Weston Ochse, Bram Stoker Award Winning Author of Bone Chase and Burning Sky 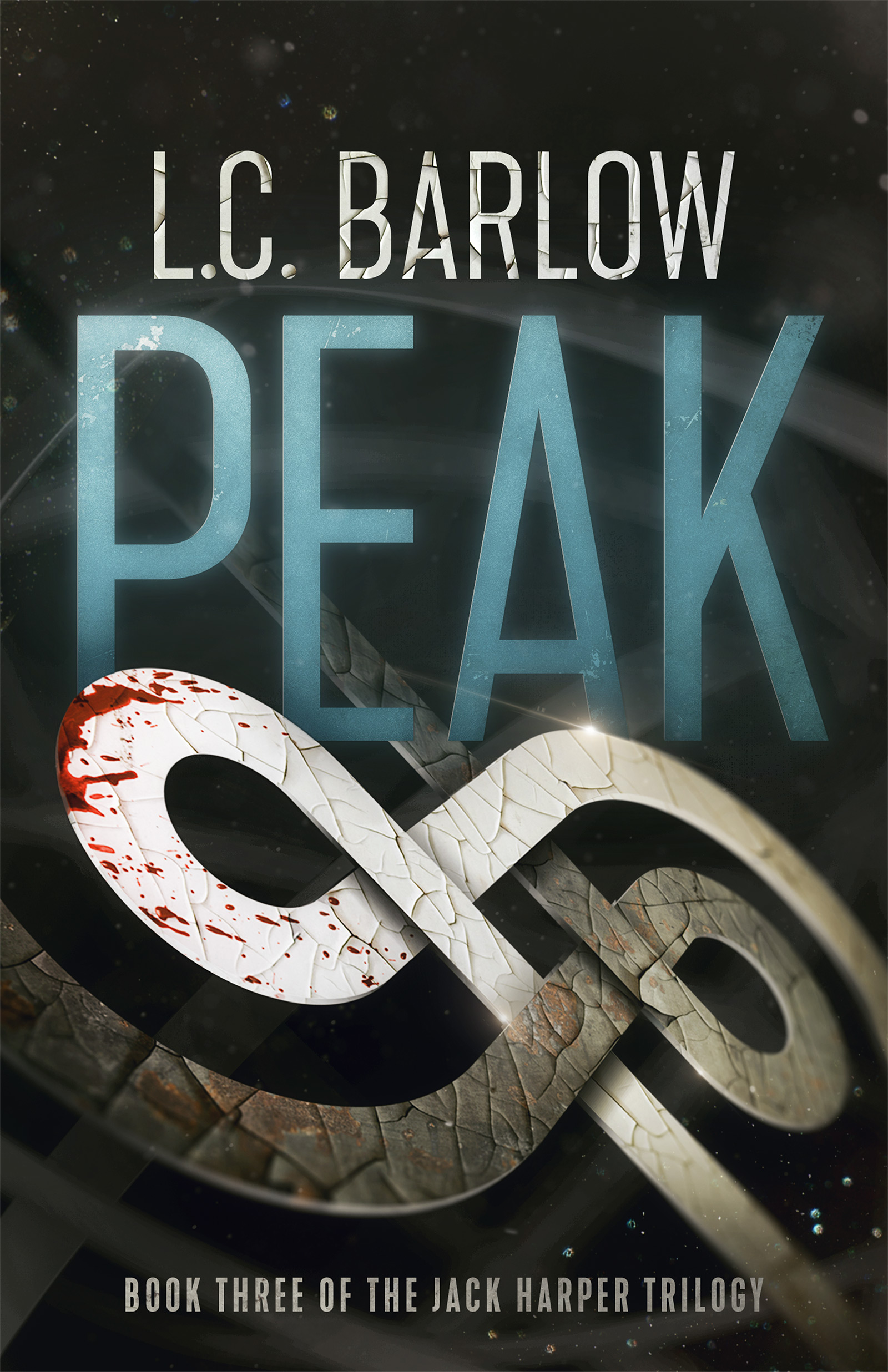 First, she was an acolyte. Then, a rogue. Finally, a catalyst.

Jack Harper can raise the dead, and those she resurrects she also controls. She belongs to an ancient race of magical beings called “ferrics”, though she is the first of her kind with this power.

Having just escaped Jonathon Roth and his kill-for-hire organization, her new target is the demonic Builder, architect of damnation.

She must act fast, too, because the ferrics’ last countermeasure—a plasmatic weapon—is dwindling away. Meanwhile, her closest confidante, the ferric Lutin, has come under attack, all while her brother Alex joins forces with the Builder to unleash a malevolent new power.

Dying of poison and scrambling for help, Jack turns to an unlikely ally, her charismatic and drug-addled friend, Patrick. She must ask him to help with the impossible: kill the Builder. Whether or not they succeed may not matter because a new threat has joined the battle, an evil ferric bathed in blood, brimstone, and mystery.

Jack will never quit, no matter the odds, but deep down she worries: what if the cure is worse than the disease?

“PEAK is full of non-stop surprises. Just when you think things have gone as far as they can, Barlow pushes you over the edge again… and again! A great book you won’t want to put down.” —Yvonne Navarro, Author of Highborn and Concrete Savior

“With fire and white-hot energy, Barlow draws us into Peak at a dead run. Fans of Jack know that the Harperverse is a place where dark fears and searing pain morph suddenly into revelation. For Jack Harper, time is running out as she takes on her deadliest enemies yet. If anyone can leverage a snowball’s chance in Hell, it’s the resourceful Jack, as unpredictable as she is relentless. We readers are in most capable hands.” —Frederic S. Durbin, author of the Realm Award-winning A Green and Ancient Light and The Bone Man

“Whether you’re new to the Jack Harper series or a returning fan, your heart will be racing as you read Peak at the edge of your seat. Every word is both chilling and delightful in Barlow’s latest fantastical thriller that blurs the lines between good and evil.” —Rena Mason, three-time Bram Stoker Award® winning author of The Evolutionist and “The Devil’s Throat”

“Roarin’ action and redemption: In this gripping closure to the Jack Harper trilogy, author L.C. Barlow blazes new trails in the eternal war of good versus evil with magic, gunplay, and an assassin who has the power to bring back the dead she kills. Recommended for all who love suspense with the supernatural, or else just a well-crafted story of heroism and the divine.” —Eric J. Guignard, award-winning author and editor, including That Which Grows Wild and Doorways to the Deadeye

“L.C. Barlow has created a fiercely imagined world for her dark and daring thrillers. The pages will turn themselves, but be advised to keep the nightlight on!” —Rodman Philbrick, author of Freak the Mighty

I’ve heard that, for those who smoke, the first cigarette of the day is the best cigarette. Pretty sure my cat’s morning treats hit him the same way.

An amazing student brought these beautiful flowers for me on our last day of class. ❤️

Purchased The Flavor Thesaurus as a birthday gift for my mom. Opened it to a random page when it arrived and came across an American Psycho joke. There has to be a Hannibal one around fava beans and Chianti, right? ;-) #flavorthesaurus #flavor #cooking #americanpsycho #hannibal

This message is only visible to admins.
Problem displaying Facebook posts. Backup cache in use.
Click to show error
Error: Error validating access token: Session has expired on Monday, 14-Jun-21 01:00:00 PDT. The current time is Monday, 16-May-22 13:00:18 PDT. Type: OAuthException