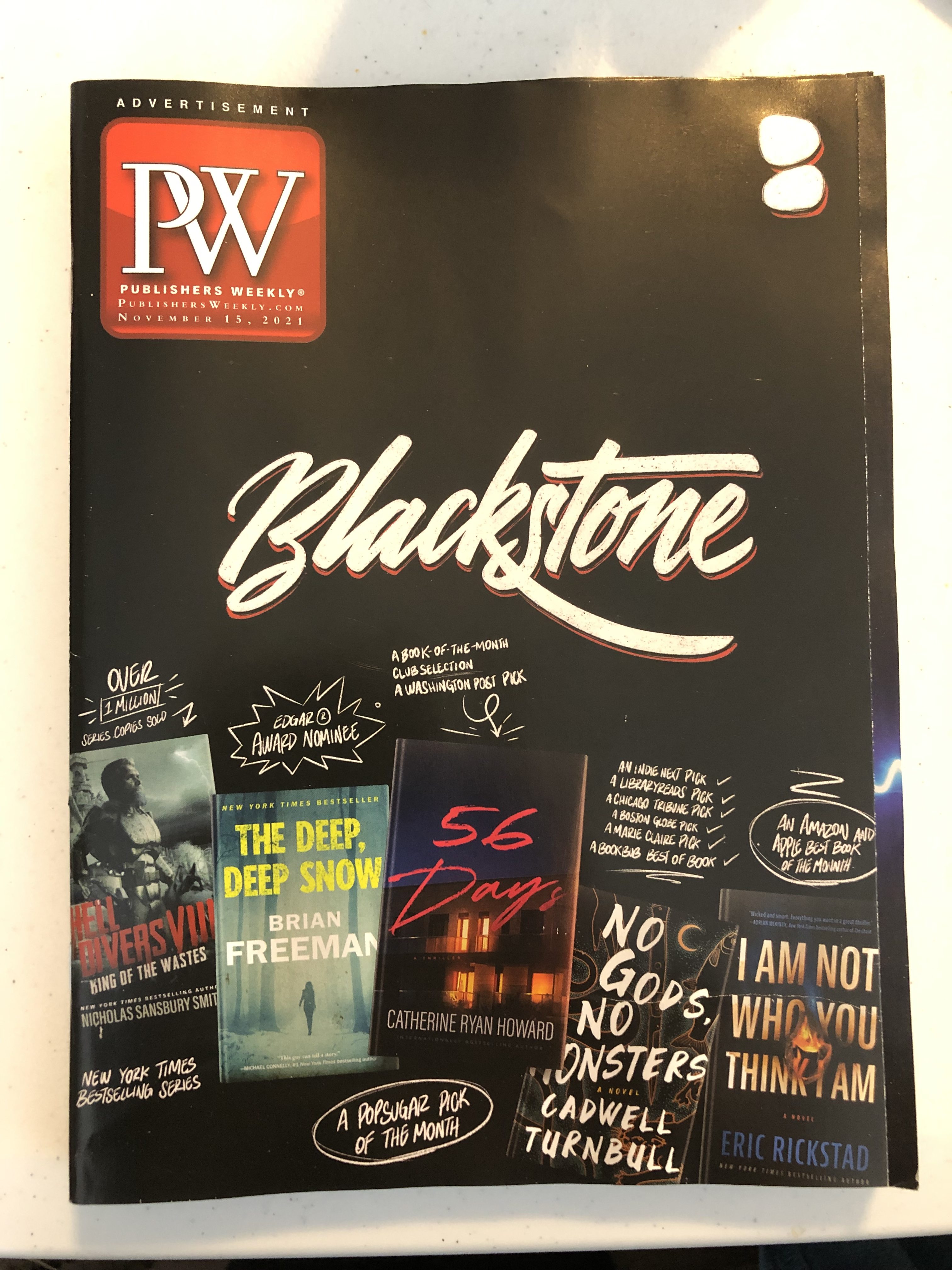 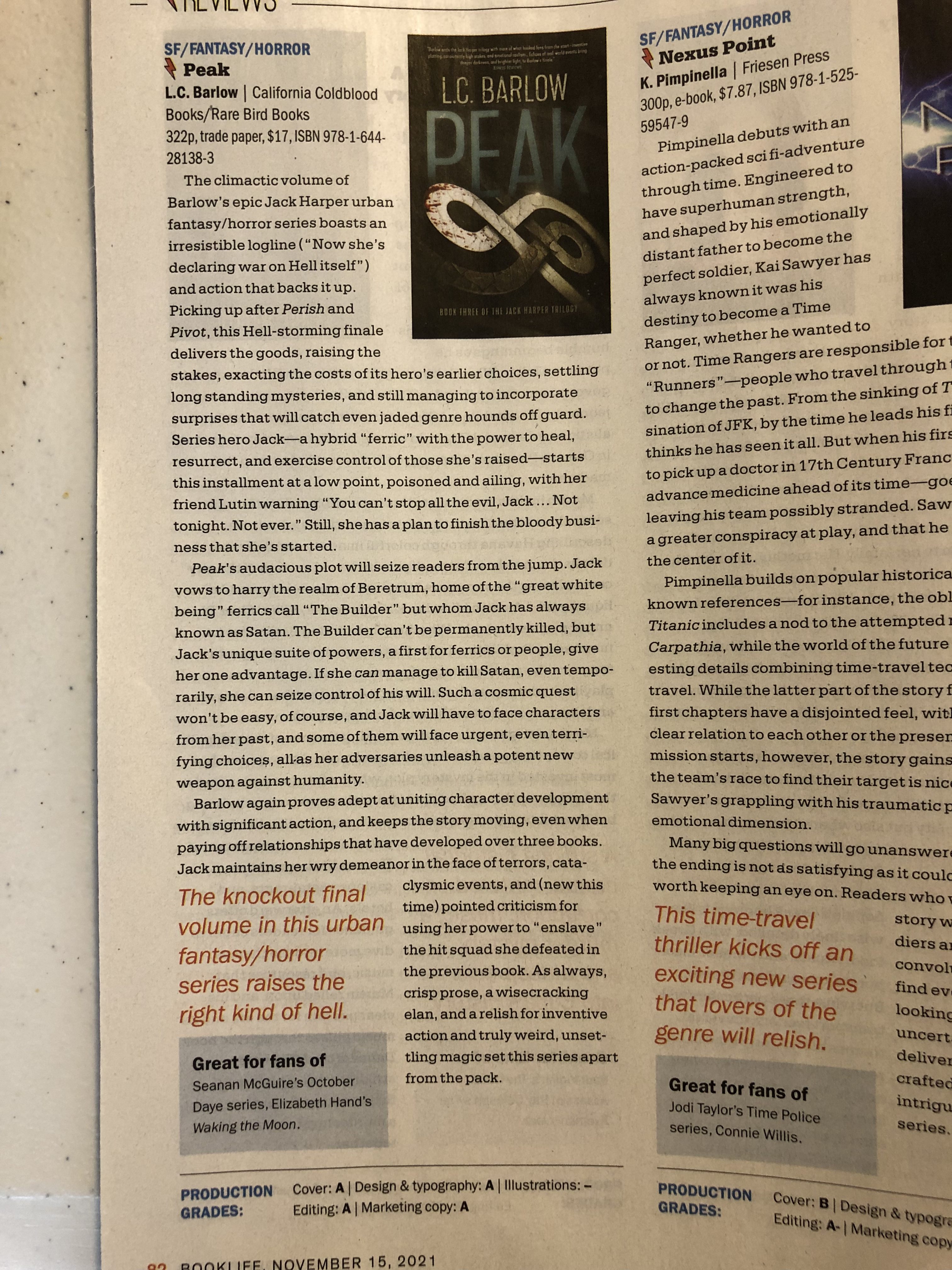 The climactic volume of Barlow’s epic Jack Harper urban fantasy/horror series boasts an irresistible logline (“Now she’s declaring war on Hell itself”) and action that backs it up. Picking up after Perish and Pivot, this Hell-storming finale delivers the goods, raising the stakes, exacting the costs of its hero’s earlier choices, settling long standing mysteries, and still managing to incorporate surprises that will catch even jaded genre hounds off guard. Series hero Jack—a hybrid “ferric” with the power to heal, resurrect, and exercise control of those she’s raised—starts this installment at a low point, poisoned and ailing, with her friend Lutin warning “You can’t stop all the evil, Jack … Not tonight. Not ever.” Still, she has a plan to finish the bloody business that she’s started.

Peak’s audacious plot will seize readers from the jump. Jack vows to harry the realm of Beretrum, home of the “great white being” ferrics call “The Builder” but whom Jack has always known as Satan. The Builder can’t be permanently killed, but Jack’s unique suite of powers, a first for ferrics or people, give her one advantage. If she can manage to kill Satan, even temporarily, she can seize control of his will. Such a cosmic quest won’t be easy, of course, and Jack will have to face characters from her past, and some of them will face urgent, even terrifying choices, all as her adversaries unleash a potent new weapon against humanity.

Barlow again proves adept at uniting character development with significant action, and keeps the story moving, even when paying off relationships that have developed over three books. Jack maintains her wry demeanor in the face of terrors, cataclysmic events, and (new this time) pointed criticism for using her power to “enslave” the hit squad she defeated in the previous book. As always, crisp prose, a wisecracking elan, and a relish for inventive action and truly weird, unsettling magic set this series apart from the pack.

Takeaway: The knockout final volume in this urban fantasy/horror series raises the right kind of hell.

Once again, I am incredibly grateful to Publishers Weekly. Many, many thanks to them for such a wonderful review and for Peak being an editor’s pick.