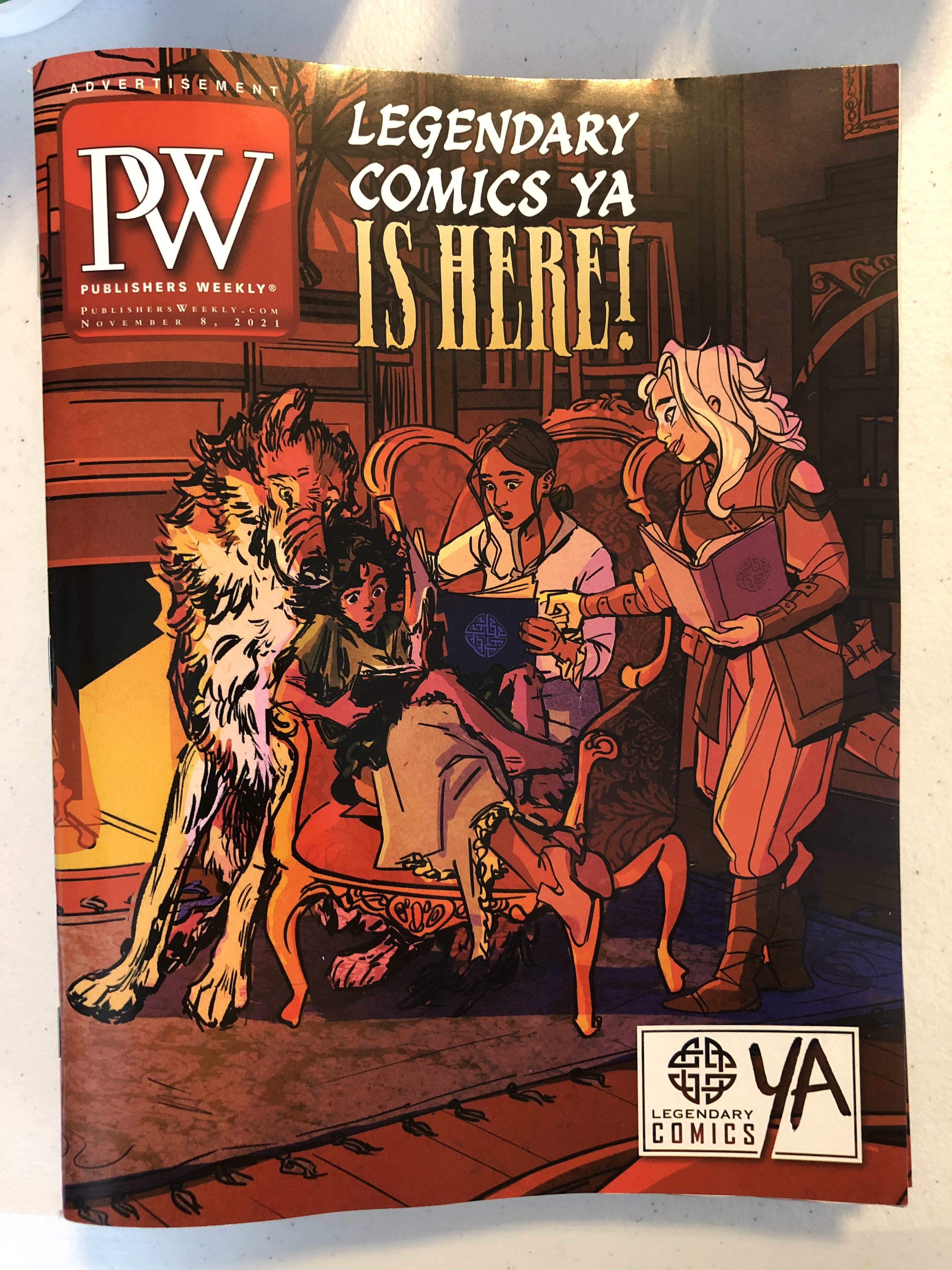 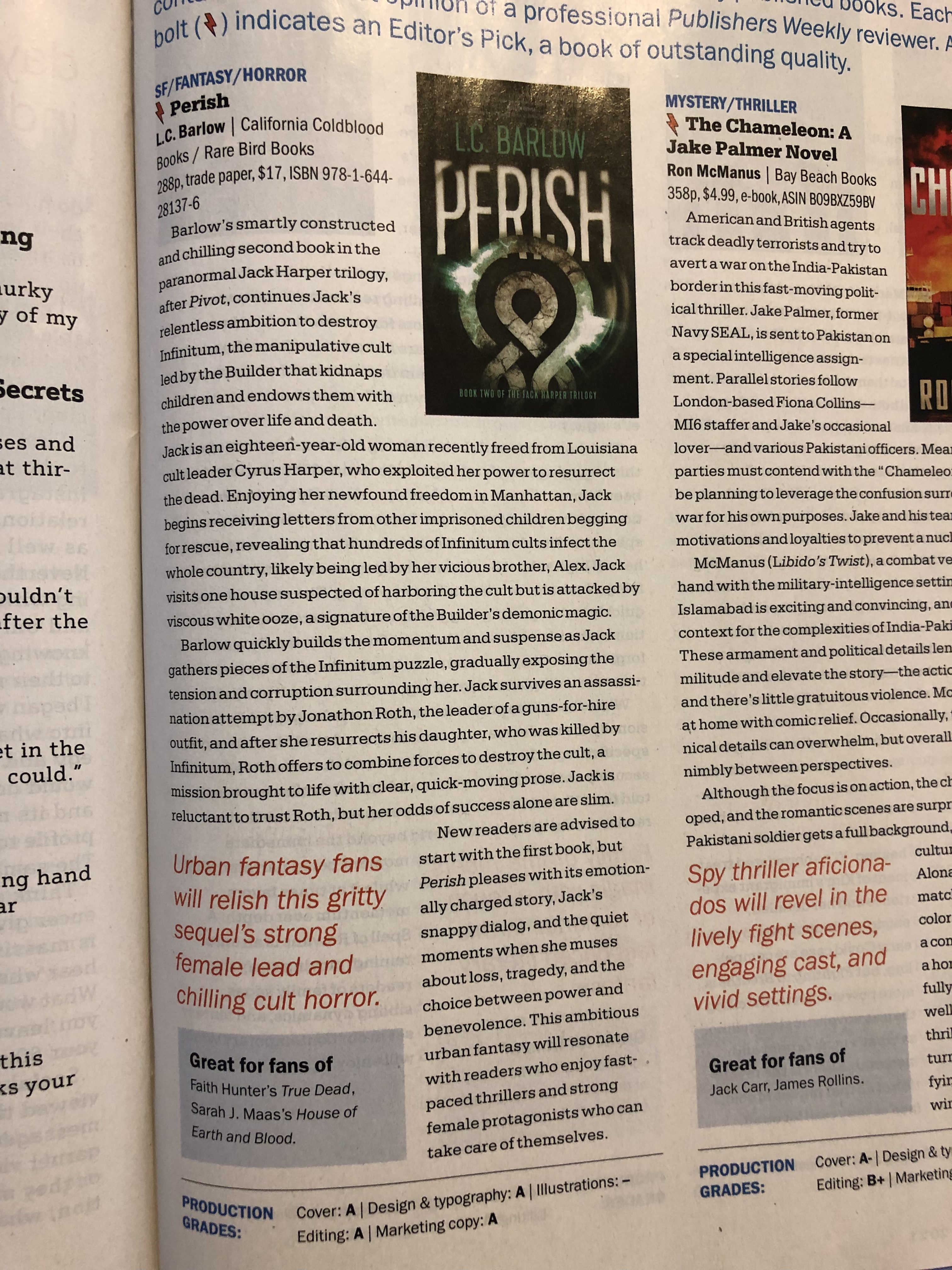 The Publishers Weekly review of Perish is below:

“Barlow’s smartly constructed and chilling second book in the paranormal Jack Harper trilogy, after Pivot, continues Jack’s relentless ambition to destroy Infinitum, the manipulative cult led by the Builder that kidnaps children and endows them with the power over life and death. Jack is an eighteen-year-old woman recently freed from Louisiana cult leader Cyrus Harper, who exploited her power to resurrect the dead. Enjoying her newfound freedom in Manhattan, Jack begins receiving letters from other imprisoned children begging for rescue, revealing that hundreds of Infinitum cults infect the whole country, likely being led by her vicious brother, Alex. Jack visits one house suspected of harboring the cult but is attacked by viscous white ooze, a signature of the Builder’s demonic magic.

Barlow quickly builds the momentum and suspense as Jack gathers pieces of the Infinitum puzzle, gradually exposing the tension and corruption surrounding her. Jack survives an assassination attempt by Jonathon Roth, the leader of a guns-for-hire outfit, and after she resurrects his daughter, who was killed by Infinitum, Roth offers to combine their forces to ferret out Alex and destroy the cult, a mission brought to life with clear, quick-moving prose. Jack is reluctant to trust Roth, but her odds of success going it alone are slim. Their first stop is Lucient Laboratories, a company that manufactures white paint with the consistency of the Builder’s ooze.

New readers are advised to start with the first book, but Perish pleases with its emotionally charged story, Jack’s snappy dialog, her can-do attitude, and the few quiet moments when she muses about loss, tragedy, and the choice she faces between power and benevolence. In the words of wisdom from an attacker-turned-friend: “Where you get pleasure is in the border that divides between life and death.” This ambitious urban fantasy will resonate with readers who enjoy fast-paced thrillers and strong female protagonists who can take care of themselves.”

I cannot emphasize enough how thrilled and elated this review makes me. Many, many thanks to Publishers Weekly.

Instagram is nothing but a piece of shitty thing