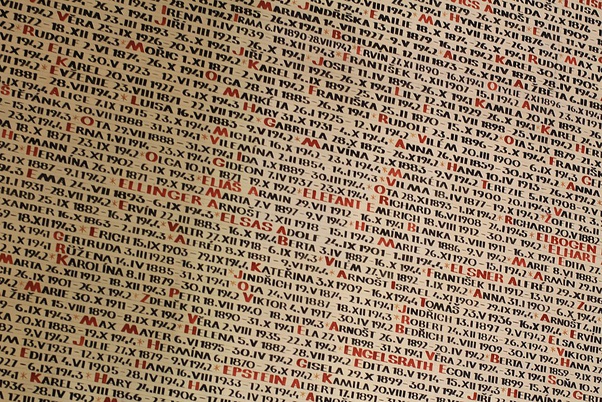 Just like with my prior blog post, for this post I would like to share another Quora answer of mine that received quite a few views (48,300 to be exact). This was my first time posting on a travel-oriented section of Quora, and I have to admit that the responses to my post tended to be a little more exacting than most of my others. I’m not sure why. It’s possible that many people interested in travel are also interested in history, and so they tend to want precision. In any case, I wanted to go ahead and post my answer below.

Question: As a Tourist, Did You Ever See a Disturbing Site in a Foreign Country?

When I was 26, I decided to take part in a program called InterExchange. I applied to be a conversational English teacher in a host family’s home in exchange for a free room and meals. Ultimately, I stayed in Talheim, Germany, which is between Stuttgart and Frankfurt with a really wonderful host family. While in Germany, I was able to travel to Stuttgart to see the Porsche museum, Gotha to see the family’s grandparents in east Germany, and I was even able to travel to Berlin for four days or so on my own and explore the city to the fullest (including east Berlin).

While staying with my host family in Talheim, I went on a walk one day around the little city. I took pictures of the various things on my walk, including a cigarette vending machine and a car with what I thought was a pretty cool looking bumper sticker.

When I got back to the house, I uploaded the photos to my laptop, and I was showing them to Christine – the mother of the host family. I pointed out the picture of the car with the bumper sticker. She kind of pursed her lips and informed me that the bumper sticker symbol was actually that of a kind of pro-Nazi-ish group and was actually pretty controversial. I had no idea, and it was surprising and unsettling that something that had seemed so normal or even cool had turned out to be something so abominable. I had no idea that I had been so close to people like that.

Later on, Christine would tell me that there were still many people in Germany – mostly the much older generation – who still believe that Hitler was a good person and don’t believe he was responsible for all of the horrible atrocities he committed. She said that most of these people are so old that it is impossible to change their minds. This was surprising to me. I remember my father telling me that Patton forced the Germans to bury the bodies of many Jews who had died in the Holocaust so that no one could deny that what had happened had happened. If this is true, it seems as though General Patton knew very well the way the human mind works.

Before I went to Talheim to stay with the family, I actually stayed in Prague for about five or so days on my own. While there, I took many tours, including that of the Alphons Mucha exhibit and probably three or four tours of the city in general. I also met some really wonderful people while on the trip.

One of the tours that I went on was that of five different Jewish synagogues in Prague. One of the synagogues, the Pinkas Synagogue, had the names of all the Bohemian and Moravian Jews who were killed in the Holocaust. The names were written in red and black, and they stretched on and on and on through the rooms and halls. Just when you thought you had seen them all, there were more and more and more, and I was actually brought to tears, feeling like I was drowning in them. I found an image online and am pasting it here.

I think this was the first time that I had been confronted with a physical representation of the massive loss of human life. I am aware that over six million Jews were killed in concentration camps, but to be confronted with rooms that list the names of all these individuals is… there are no words. It felt limitless.

I also want to add that in another one of the synagogues, there was a collection of art created by Jewish children who were in Holocaust camps. One particular piece of art was actually a long strip of paper curled like a film roll with images of Mickey Mouse (or a mouse of some sort) on each of the “frames.” Prior to Prague, I had just taken a graduate level English theory course where I had read Maus I and II and written a research paper on them. I wondered if Art Spiegelman – the creator – had seen the makeshift film roll of Mickey Mouse created by a child. I tried looking up public contact information for him to e-mail him and ask, but I was never able to find a way to contact him.

The last thing worth mentioning is my trip to the Netherlands the year before I went to Germany. On this particular trip, I visited about nine different countries in Europe in just three weeks. It was a whirlwind. One of the cities I visited and toured was Amsterdam, which I found to be incredibly picturesque with windmills, beautiful cottages, and the gorgeous, sparkling water. We biked along the roads, and it was wonderful.

When the evening came, I and several other girls in our group walked to the Red Light District to take in the scene. I didn’t feel unsafe there, but there was definitely what I would call a sort of mafia-like element to it, with men standing at the fronts of many of the doorways. In the windows, there were some of the most beautiful women in some of the most stunning lingerie that I had ever seen. They lounged in the shop windows, waiting for someone to pay for sex with them. In certain windows, there were women that catered to certain fetishes.

I wouldn’t say that the images were disturbing, exactly. What I will say is that I often think back to those women, and I wonder if they were forced (passively or actively) to be in those windows, in that line of work, or whether they were exercising their ultimate rights to be sex workers. I have no idea. I just can’t shake the feeling that it wasn’t completely voluntary, but there’s no way for me to ever know.