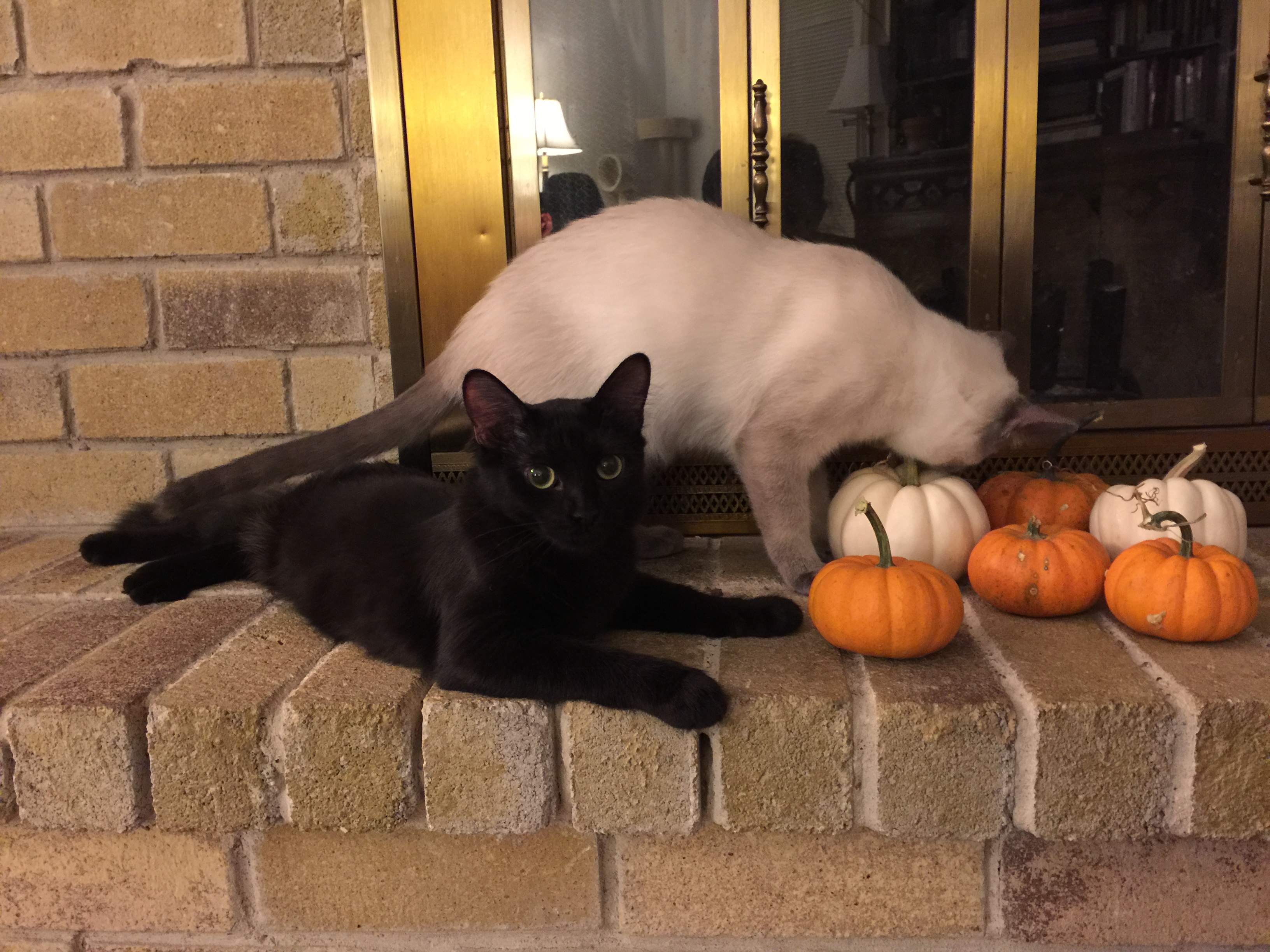 About four years ago, my beautiful, sassy, princess, a snowshoe Siamese who loved for me to rub her stomach and “growl” against her neck, passed away. She was seventeen years old, actually the youngest of our cats to pass away (the others were 18 and 19, respectively, though they passed before her). It was incredibly difficult. In seventeen years, we had built an amazing bond.

Eventually, though, I did get two more cats. Though I was looking for another snowshoe Siamese, these two stole my heart, and I accepted more fully that Inga was gone. Their adoptive names were Smaug and Legolas. I kept Smaug’s name, but I changed “Legolas” to “Dusty.” Smaug is a blue point Siamese. Dusty, his brother (though he may actually have been a separate cat placed in Smaug’s litter), is black all over with specks of silver in his fur that make him appear… well… dusty. The silver specks are hardly noticeable, until you’re up close.

Dusty started with blue eyes, like most babies. That blue shifted to green and then to yellow as he got older. I never actually thought of owning Dusty as owning a “black cat” until he was a few years old because he was just a baby, and it was something I didn’t consider. He was my kitten.

One of the first days I had Dusty, he was this itty bitty little thing, and he jumped up on the chair with me, laid down on top of me, and put his head in my armpit. It was ADORABLE, and I thought to myself, “Enjoy this, because he won’t do this when he gets older.”

I couldn’t have been more wrong.

Dusty LOVES to be held. He holds his little paws up, as he stands on his back feet, like a two year old saying, “Hode me!” I pick him up, and he goes limp on my shoulder, and I carry him around the house while I pet him or brush him. He demands to be held every day. Whenever he goes outside, he wants me to run around in the grass with him. He wags his fluffy tail. He and his brother love thunderstorms and will go outside to watch them. Dusty will do anything for treats, and he loves chasing the play birds that we have for him. He likes meowing at me, and he sleeps on top of me every night, leaving only when I turn over. He makes sure I get up every day. If I’m not paying enough attention to him, he puts his paws on my face and/or lips. When he is snuggled up to me, he likes to try to put his nose on my lips. He has no sense of personal space. I often call him a fox or a dog, a people or “Pepe le Pew.” I am so glad he is mine.

Today is black cat appreciation day, and I so appreciate my baby, Mr. Dusty Fluffybutt Barlow, the Dusty Monster. I will brush him and hold him as much as he wants. It’s the least I can do for such a wonderful, loving feline/dog/fox/squirrel/Pepe le Pew. 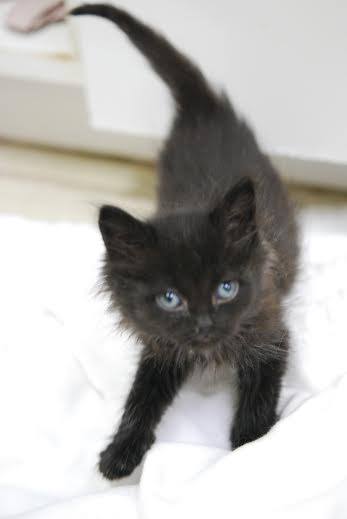 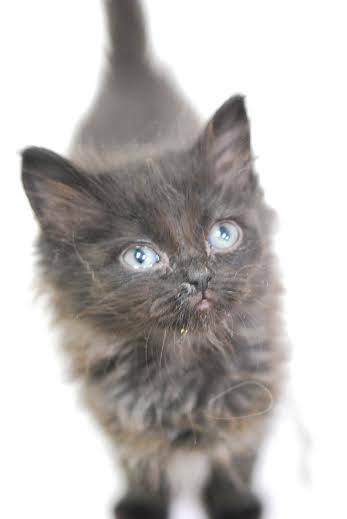 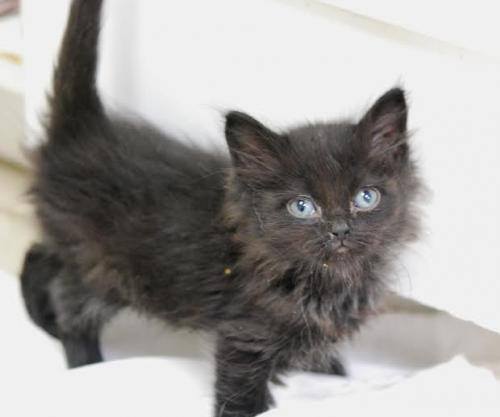 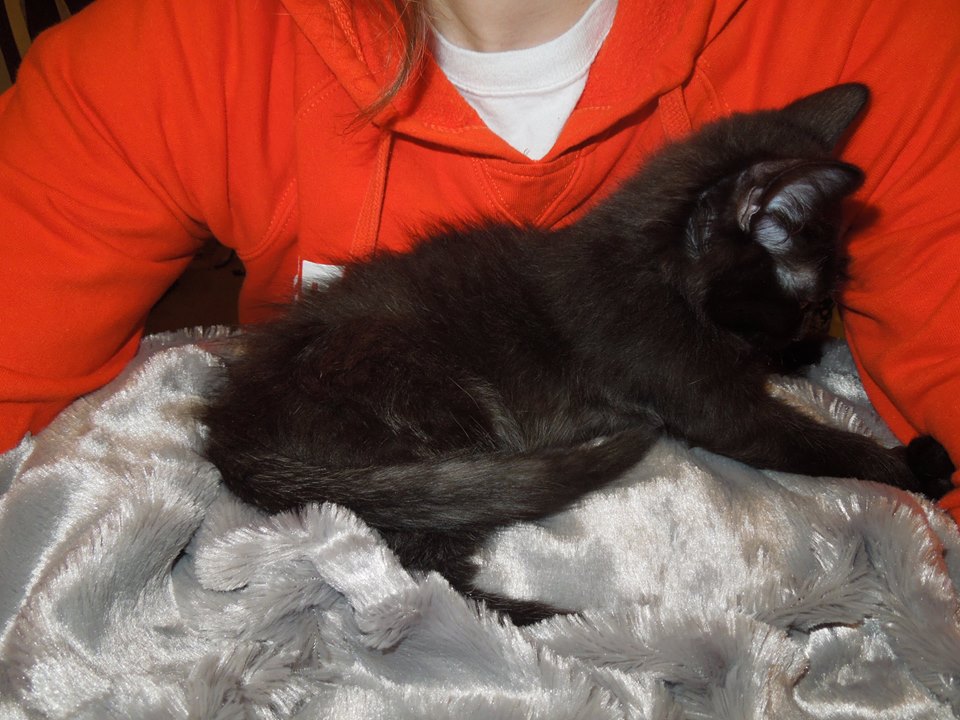 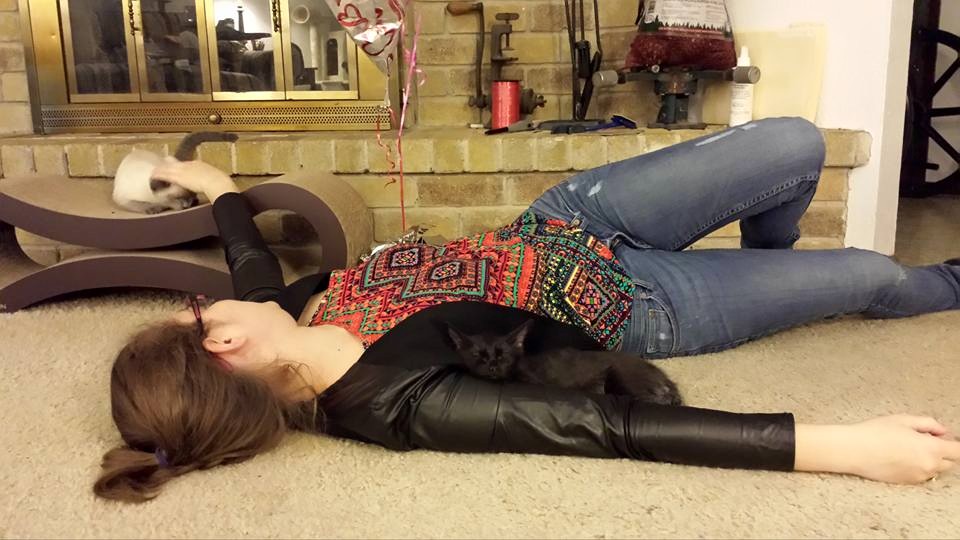 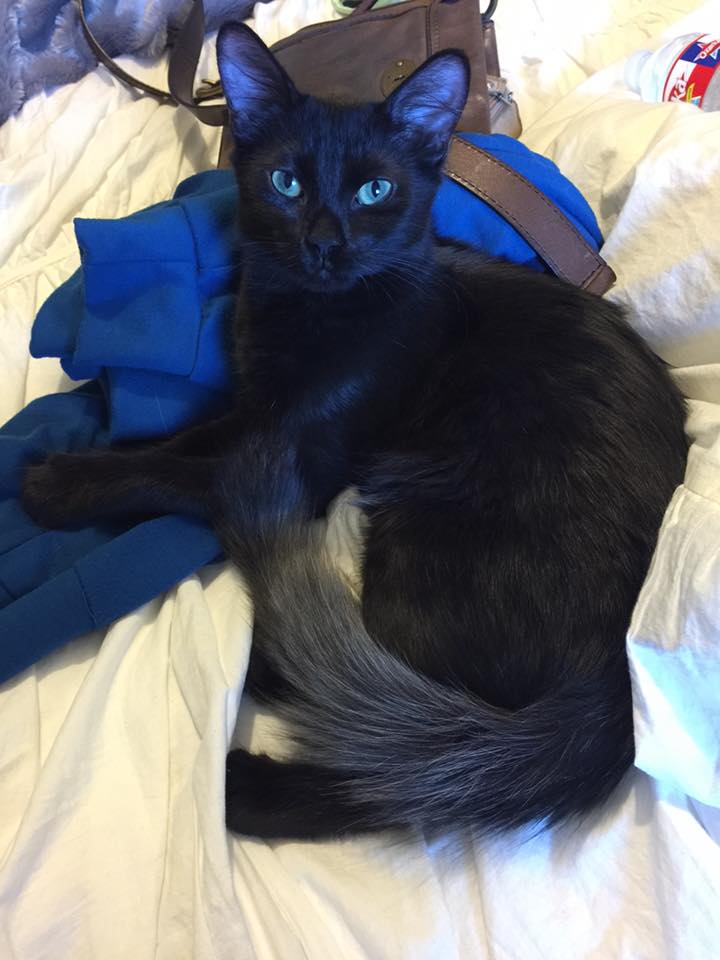 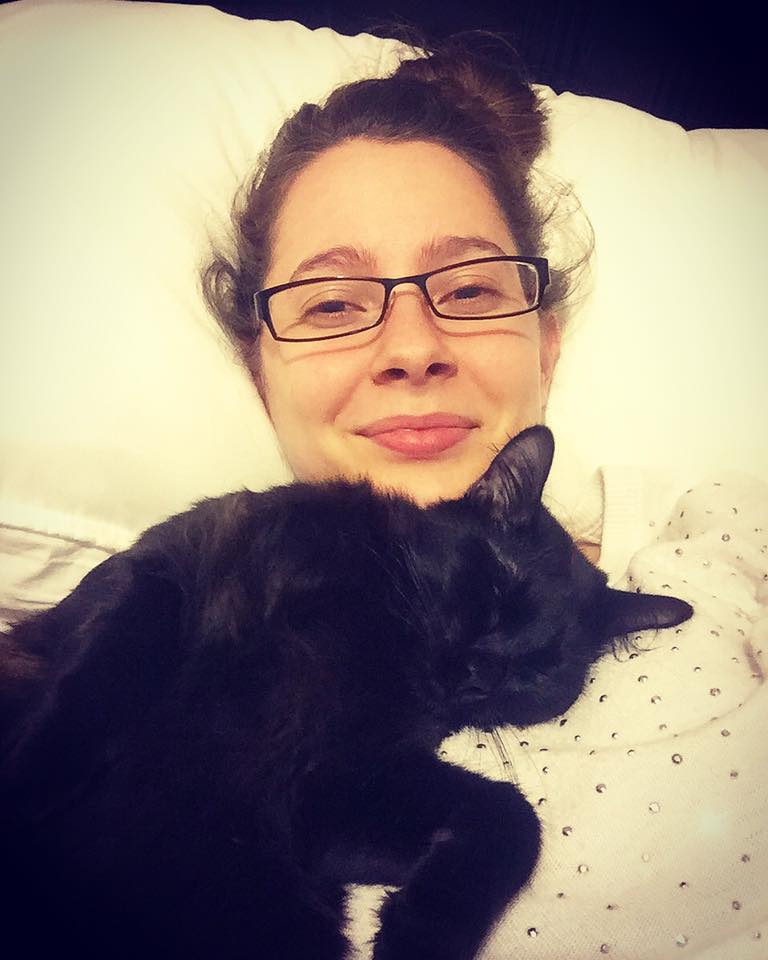 Meta Soars by Most in Decade, Adding $100 Billion in Value
what a day can make...
#meta #investing #facebook #markzuckerberg https://flip.it/lZTmT1